This is an HTML Document rendered as filed.  [ Alternative Formats ] 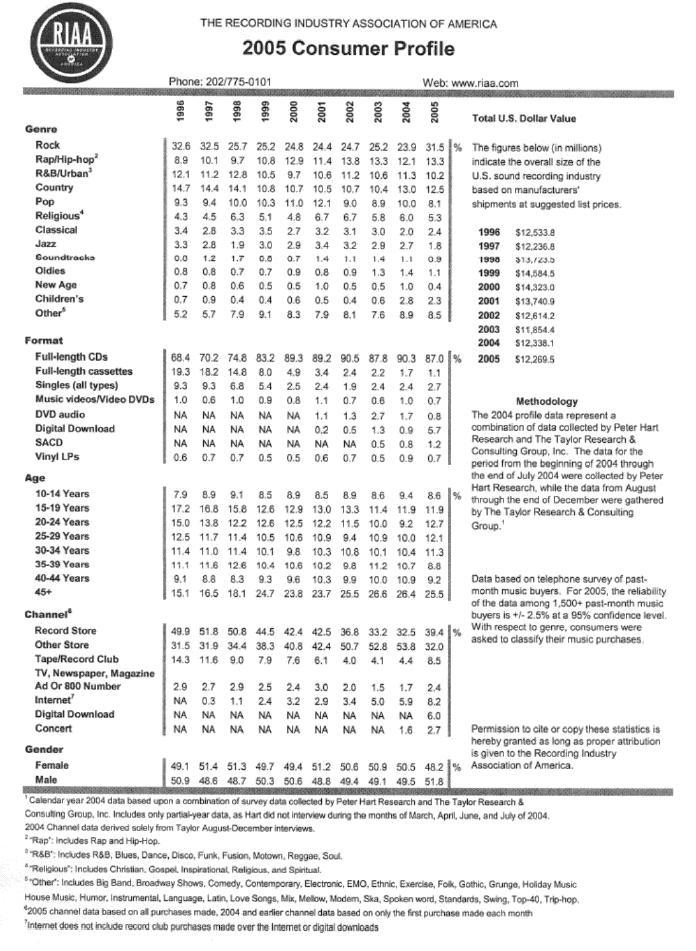 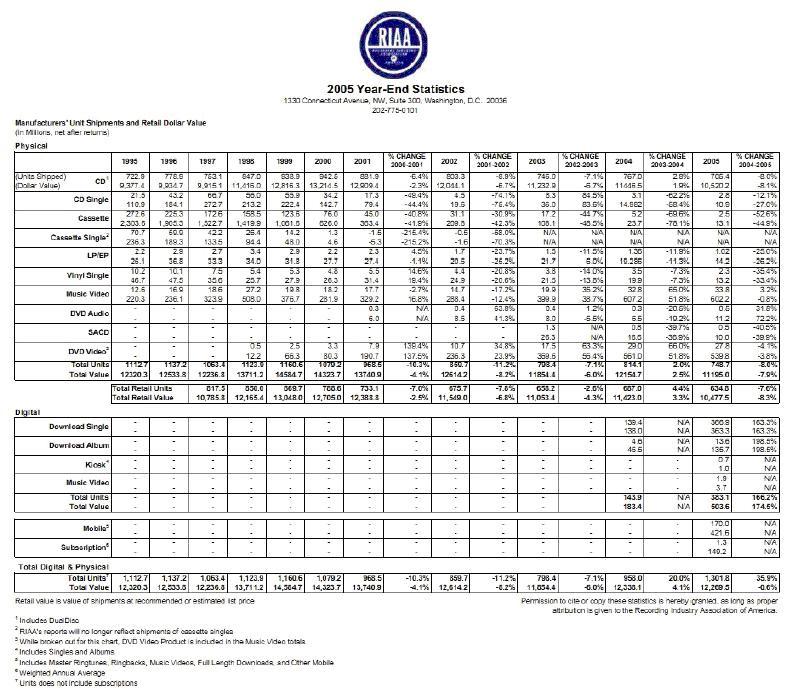 8
Russian Ethnic Media
The current estimated Russian speaking population in the United States is over 6 million, with over 1.4 million(4) residing in the New York Metropolitan Area. The present annual advertising market aimed to the Russian community in the US is at approximately $50 million according to Press Release Group. Through the last several years many national brands and major advertising agencies have acknowledged that ethnic advertising is necessary for the continued growth of product sales. In fact, many of the major advertising agencies have set up ethnic advertising divisions for this purpose. The Spanish speaking market has reached $4.5 billion in annual advertising budgets.
“The size of Russian-American population in the New York Metropolitan Area is 1,420,000 people. This market has high purchasing power, its average household income reaches $47,100 and accedes that of other ethnic groups. Average age of the Russian-speaking population is 46 years old. Average household size in the Russian-American market is 2.2 people, with high number of one-person household and high number of extended family households. 61% of Russian-speakers have at least one credit card and 69% frequently use the Internet. All mass media, including Radio, Print and Television, are quite popular among Russian-speakers. Radio and Television have highest media reach, approximately 50%-55%.” Press Release Group,
We expect the Russian advertising market to reach $450 million in the next five years. Our Russian Ethnic Media division is positioned in Radio, Print and Internet to benefit from the anticipated increase in the future advertising budgets. Presently, our Radio division has 27.7 percent market share of the Russian audience in the New York Metropolitan Area and our interactive division has up to 60,000 unique visitors per month and is only in its third month of operation.
Market
Since the metamorphosis of the Soviet Union into a more open society, North America has become home to over 6.5 million Ethnic Russians, with 1.6 million residing in the New York Tri-State area.  Today, the New York Metropolitan area is the seventh largest Russian-speaking city in the world.
All indicators show that this is one of the most affluent and rapidly growing ethnic markets in the country. Highly educated and trained, Ethnic Russian immigrants are relentless about rebuilding their lives to a higher standard than they led in the country of origin. As a result many of these immigrants have attained a high degree of success in their respective fields: medical, legal, business, research, computer programming, real estate and manufacturing. As a market it is a great, virtually unexplored consumer base, which is craving for new trends and products.
________________
(4) Figures obtained from Press Release Group 2005 research report.
9
Demographics
Millions of dollars are invested annually into the advertising on the Ethnic Russian Market and here are some of the reasons why: 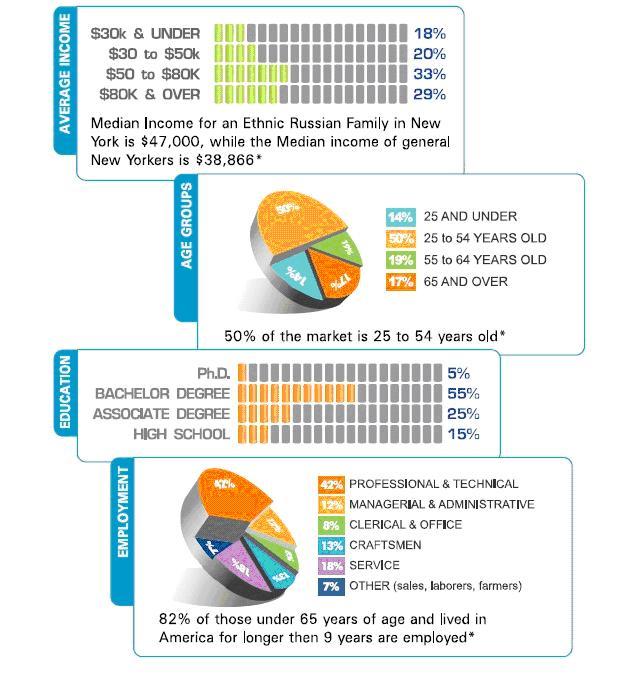 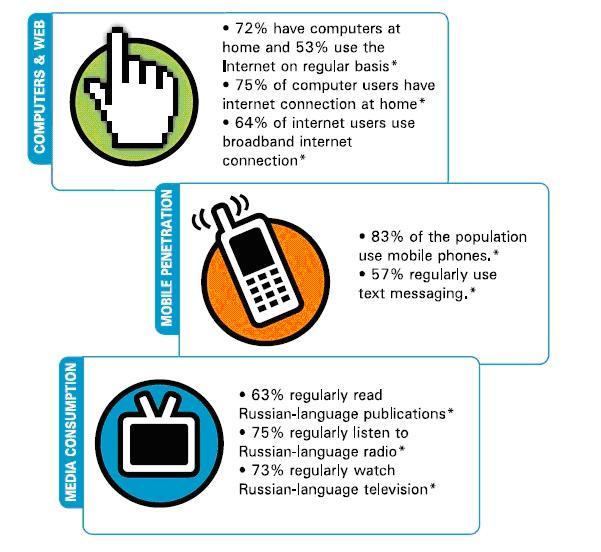